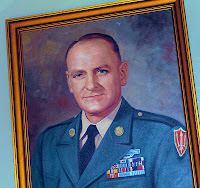 When he opens his mouth, I inhale the hops
of Papst Blue Ribbon, the toast of Lucky Strikes,
Gillette's sandalwood floats from him, so too the
copper scent of deer blood and the opossum he slams
against our house and boils unshorn.
(He could have shot it--he keeps
rifles in the house.)
He’s not a family man, my grandmother warns
but my mother runs from her broken down country,
its wiped-out illusions, to New York and then regrets it
immediately and every morning to that morning when my
father’s liver gives out and even after that, right up to when
my mother takes her own last, she regrets it.
He tells her he’s sorry. He says so just before he points
to eagles circling above his bed.
He says, I know when I'm right and I know
when I'm wrong and I was wrong.
That’s not good enough for my mother but it’s good


enough for me.
Posted by Ellen McCarthy at 5:26 PM No comments: 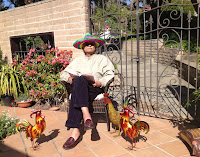